Energy sources like biofuels (cooking oil), sun and wind are in no short supply at the Original Oyster House restaurants. So what better way to make use of its natural surroundings than by renewing them as energy sources and reducing the restaurants’ ecological footprint.

In 2010, the Original Oyster House began investing in renewable energy. Through the guidance of the late Kevin Jones who lost his battle with cancer in 2014, David Dekle began recycling used vegetable oil into biodiesel to run the company transportation. In December of 2012, a wind turbine was installed at the Mobile Causeway restaurant location. The wind turbine sits on a 55-foot-high tower and runs 24 hours a day generating power whenever winds reach eight miles per hour or greater. The power generated offsets energy costs while lighting up the restaurant’s playground, holiday lights and outdoor areas. Surplus energy is distributed back on the grid. In 2013, solar water heaters were installed at both restaurant locations.

In early 2014, the Original Oyster House sponsored the first Oyster Trail installation on the Eastern Shore. The Oyster Trail is an educational and public art treasure hunt throughout Mobile and Baldwin Counties, focusing on education, restoration and enhancement of oyster reefs in and around Mobile Bay and the Mississippi Sound. More than 600,000 oysters have been grown by volunteer gardeners and planted on reef and restoration sites which equates to 25 acres of oyster reef. In July 2013, MBOGP and its partners (Auburn University Marine Extension and Research Center, The downtown Mobile Alliance, the Mobile Arts Council, the Mississippi-Alabama Sea Grant Consortium and the Alabama Cooperative Extension System) launched The Oyster Trail in downtown Mobile, Alabama, a sponsored sculpture program to further enhance restoration efforts.

If you happen to think it’s brighter at the Original Oyster House on the Mobile Causeway, you are right as 200 fixtures were updated with LED lights in January of 2016. According to Energy Management Analyst Rod Koberg of Interactive Digital Technologies, replacing your lights with LEDs will brighten your future in more ways than one. LED lights contain no toxic materials and are 100% recyclable. As a member of the Green Council, the Original Oyster House has utilized renewable energy practices. In 2016, the restaurant became the first in the state to recycling oyster shells through the Alabama Coastal Foundation. In 2018, the restaurant became one of the only restaurants to grow stocker oysters for reef restoration through the Mobile Bay Oyster Gardening Program. 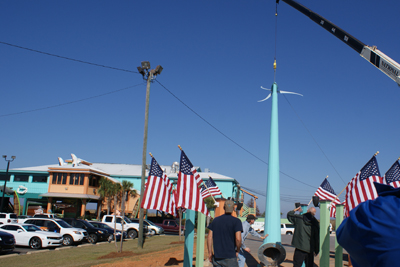 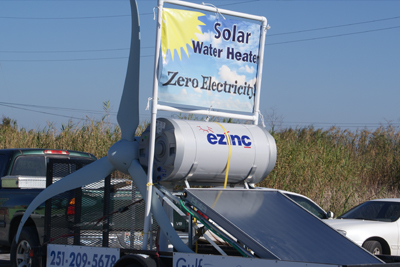 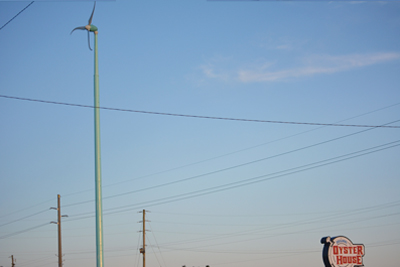 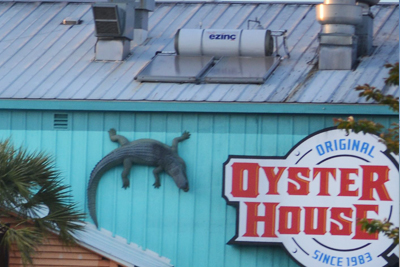