Gumbo is a complex and delicious stew or thick soup that originated in southern Louisiana. It is also considered a culinary mystery, but we hope to get some facts about gumbo straight here. Gumbo’s complex flavors come from a melding of several types of cuisines including Native American, African, Caribbean, Spanish and French. People may argue about the origins of gumbo, but the truth is, it wouldn’t be gumbo without the influence of more than one culture. Another interesting gumbo fact is that it is also one of the few true American dishes, and a great one at that.

Rich in seafood culture, the Original Oyster House gumbo came from a family recipe handed down through generations to co-owner David Dekle’s mother. Now made famous at the restaurant, folks come from all over the map to try the best seafood gumbo on the coast.

While the Original Oyster House gumbo recipe is unique to Mobile, it does have a touch of a creole base but it’s the way it’s put together that has the coastal Alabama flair. According to David Dekle, it about how you were brought up. “I’m sure as you move towards Louisiana, the gumbo gets spicier but it’s how you were brought up. Our recipe is steeped in family tradition and rich in seafood history. That’s our recipe.”

Made fresh daily, the restaurant cooks start early in the day preparing vats of the delicious gumbo made of crab meat, flounder, shrimp and more stewed in a tasty homemade roux and served with rice. The spicy flavors, savory seafood and rich consistency of any gumbo make it a hearty and satisfying complement to a meal, or a meal in itself.

The Original Oyster House gumbo has walked away with many people choice awards and has been highly recommend as the best around for 32 years. As many locals start a meal with a steaming bowl of fragrant gumbo, it prompted owners to uniquely offer gumbo in take-home quart or gallon size containers, frozen or ready to warm at both locations, seven days a week.

Gumbo is usually called a Cajun dish, but there are both Cajun and Creole varieties. Cajun refers to a group of people of French descent who migrated to Louisiana in the 18th century after they were expelled from the Northeast by the British. The term Creole can refer to both people of mixed descent and those of French or Spanish descent born in the New World.

The different types of gumbo are best categorized by the type of thickener used to create the dish. Filé powder is one type of thickener that is made from dried and ground sassafras leaves. Sassafras and filé powder had been used by Native Americans for centuries before European immigrants arrived. The okra plant is another thickener used in gumbo. Okra was introduced to the Southern U.S. from Africa, which accounts for the African component of gumbo. Okras thickened with filé and/or gumbo are considered to be Creole.

The third type of thickener is roux. In French cooking, a roux is made from cooking fat and flour together to form a sort of gravy. This mode of cooking gumbo was introduced by the Cajuns who were displaced from the Northeast to Louisiana.

All varieties of gumbo are made with a sofrito base, usually consisting of celery, bell peppers and onions, as well as a thickening agent and a meat or seafood broth. Besides meat and the sofrito base, other vegetables can be added such as tomatoes and okra. Gumbo is traditionally served over rice.

Gumbo at the Original Oyster House

At the Original Oyster House, we keep the gumbo tradition alive and heartily recommend it to any non-natives that may never have tasted this spicy delicacy before.

The intense spicy flavors and rich consistency of any gumbo make it a hearty and satisfying complement to any meal, or a meal in itself. Our seafood gumbo contains a combination of crab, flounder and shrimp, and, as tradition mandates, served with rice.

After reading our facts about gumbo and its history, we hope you have a better understanding of and appreciation for the dish. Come try our amazing gumbo at either of our locations in Gulf Shores or the Mobile Causeway. We’ll always have a bowl of hot and spicy seafood gumbo waiting for you! 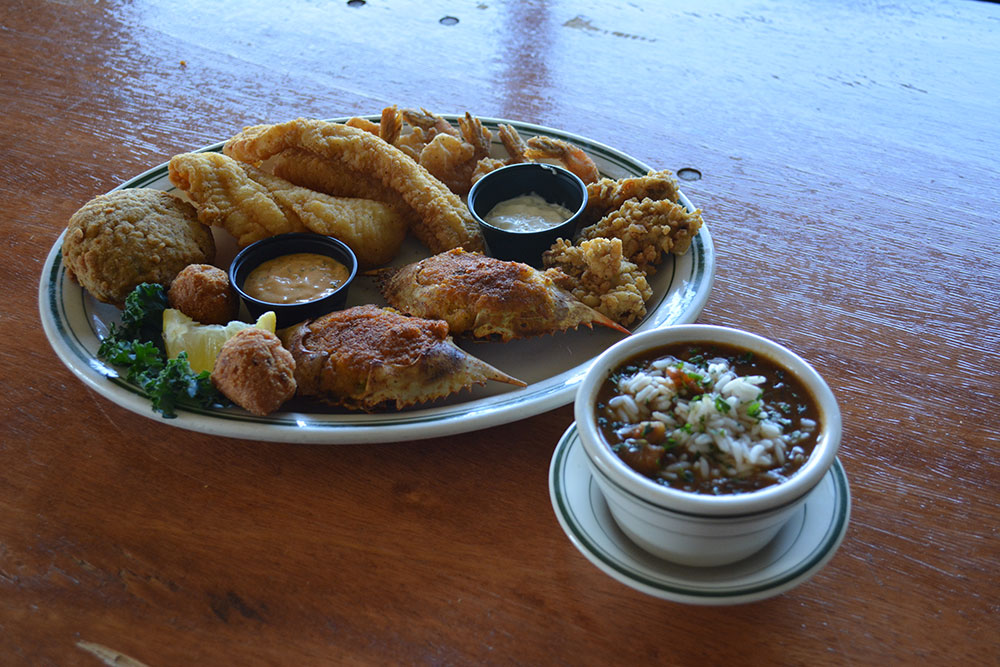 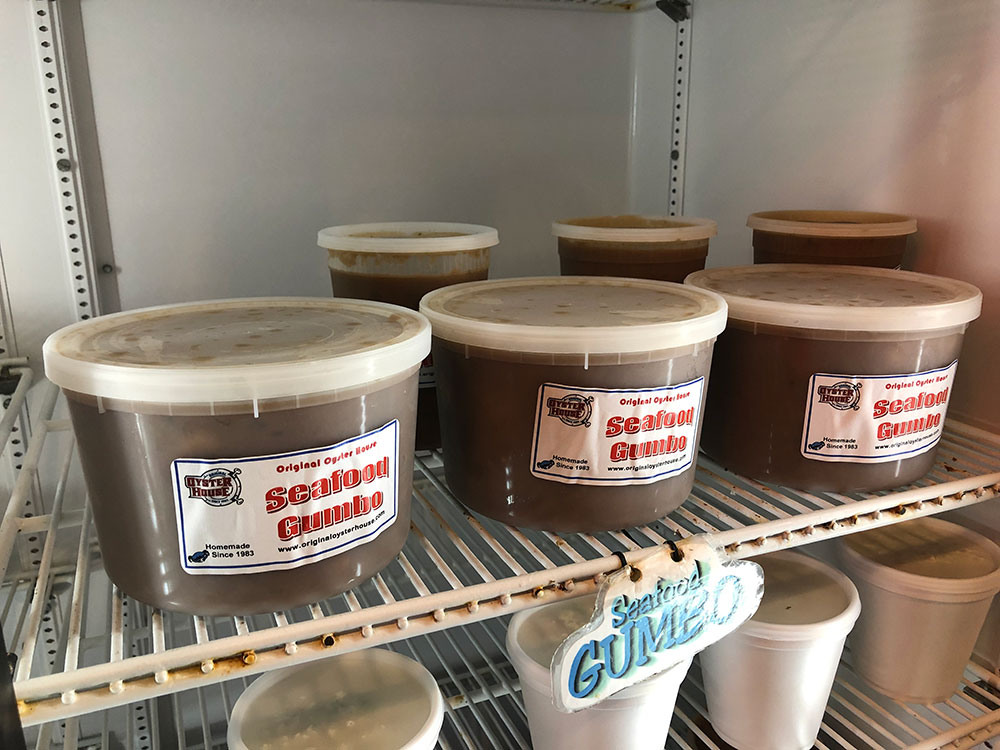 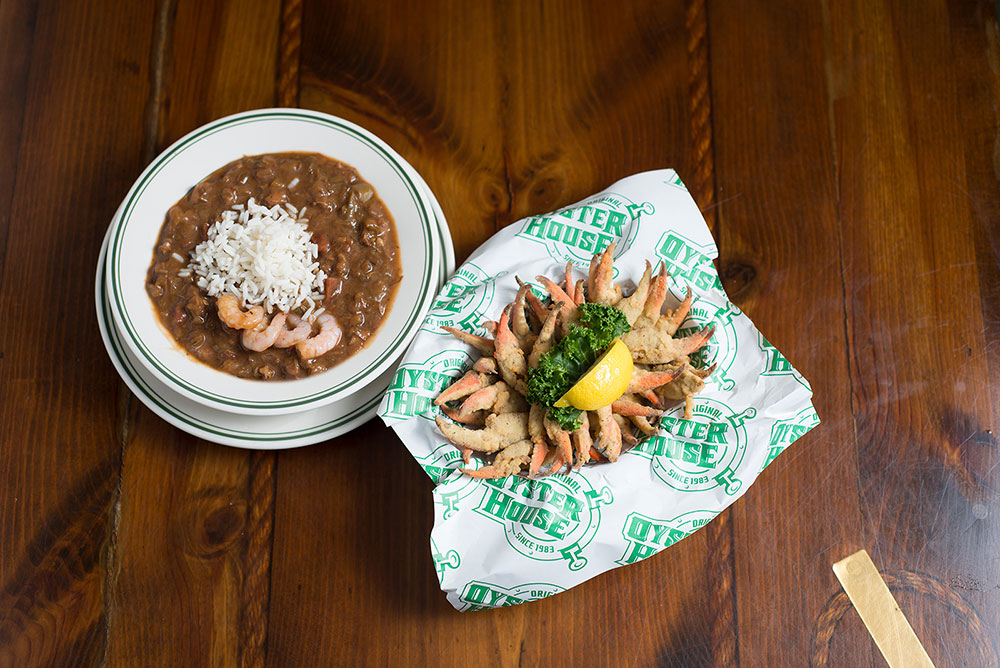 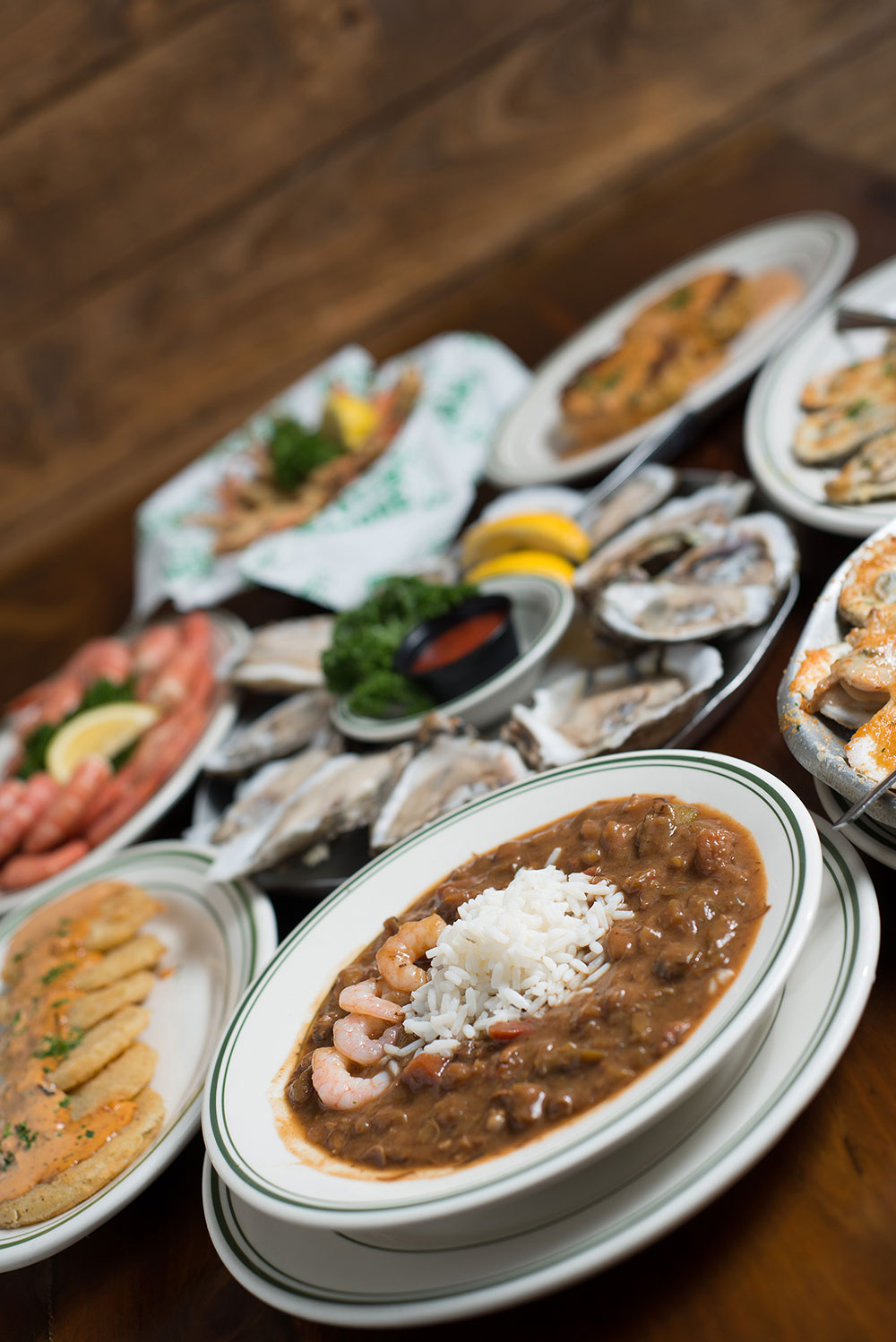 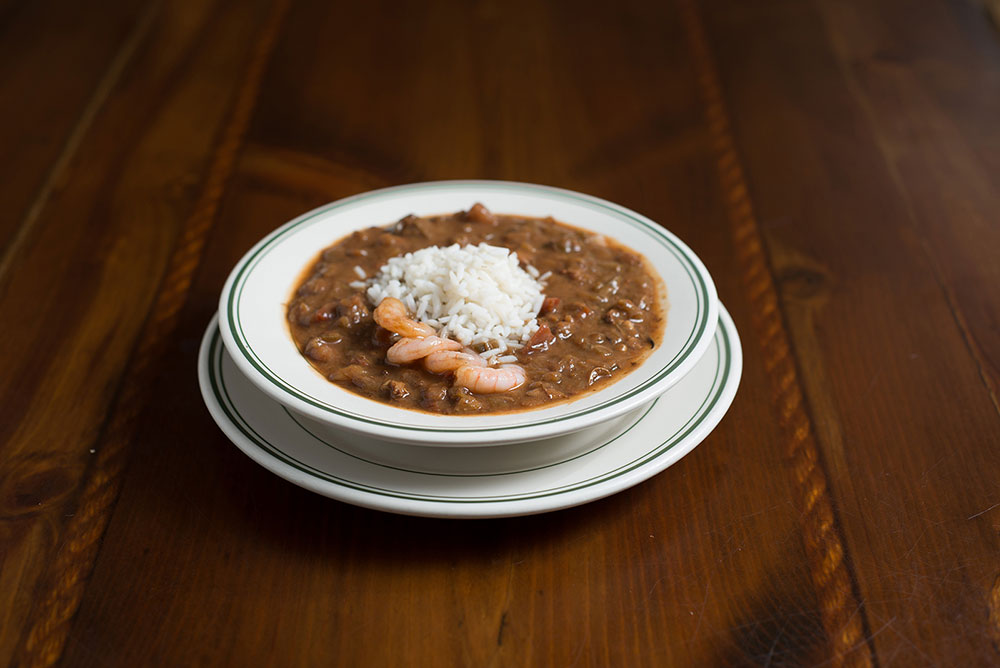 Page load link
The Christmas Song, sung by Dre Lawson | Click for A Look Back at 2021