What Oysters Can Tell Us about American History

Although National Oyster Day doesn’t fall until August 5th, the Original Oyster House will commemorate oysters beginning in July with its American Oyster Celebration menu which spotlights fresh Gulf oysters in a variety of delectable dishes. Many locals know the vital economic and environmental benefits oysters bring to our area, but what most oyster lovers may not know is the role they have had in American History.

Recorded history of the New England settlements captured a passion for oysters. Oysters were so sought and plentiful in colonial times that they were shipped back to Europe from America. During the early 1800s, oysters were eaten by wealthier people except in local harvesting areas. When production surged in the mid to late 1800s, all economic levels enjoyed oysters because they cost less than poultry and other meats. Love of oysters even inspired early Americans to transform them into culinary desserts. Mark Twain mentioned his favorite ice cream flavor was oyster ice cream in his book The Adventures of Tom Sawyer. While some more popular oysters were transplanted from place to place in the 19th Century, oysters were able to keep pace with the demand. Today, the fate of the edible oyster relies on science, mankind and the environment. So as you join the American Oyster Celebration, don’t forget oysters are steeped in history and share a culinary moment with our colonial ancestors.

An authentic Gulf Coast experience must include the Original Oyster House signature Oysters on the Half Shell. What makes these tasty briny Gulf oysters more worthy, is this restaurant recycles the shell to help restore the oyster reef, prevent coastal erosion and enhance the oyster, fish, shrimp and crab population. In 2016, the Original Oyster House became the first restaurant in the state of Alabama to recycle oyster shells through the Alabama Coastal Foundation. In May 2019, an estimated 8.3 million oyster shells have been recovered from participating Gulf Coast restaurants.

Other popular menu items include Joe & Dave’s Favorite Oysters which are baked with garlic cocktail sauce, topped with Bill-E’s Small Batched Bacon, locally cured and packed full of flavor and grated Parmesan cheese. When combined, the briny fresh Gulf Oysters and smoky bacon flavors make a wonderful marriage. And for those who enjoy variety, the Shell Shocked Oysters Sampler is a great pick. This menu selection includes two Joe and Dave’s favorite baked oysters, two Parmesan baked oysters and four specially breaded fresh fried oysters with homemade rémoulade sauce. Gulf oysters are considered some of the tastiest in the world so if you have never tried them you may be missing out.

The Original Oyster House has become the “must-go-to” place for great fresh Gulf seafood, service and Southern hospitality and for its panoramic waterfront sunsets. A top-spot for hand-shucked and fire-grilled oysters (Causeway location), the Original Oyster House has also become legendary for its homemade gumbo, cheesy grits with blackened shrimp as well as handcrafted desserts including its famous peanut butter chocolate chip pie. Patrons, employees and children are welcomed as family. 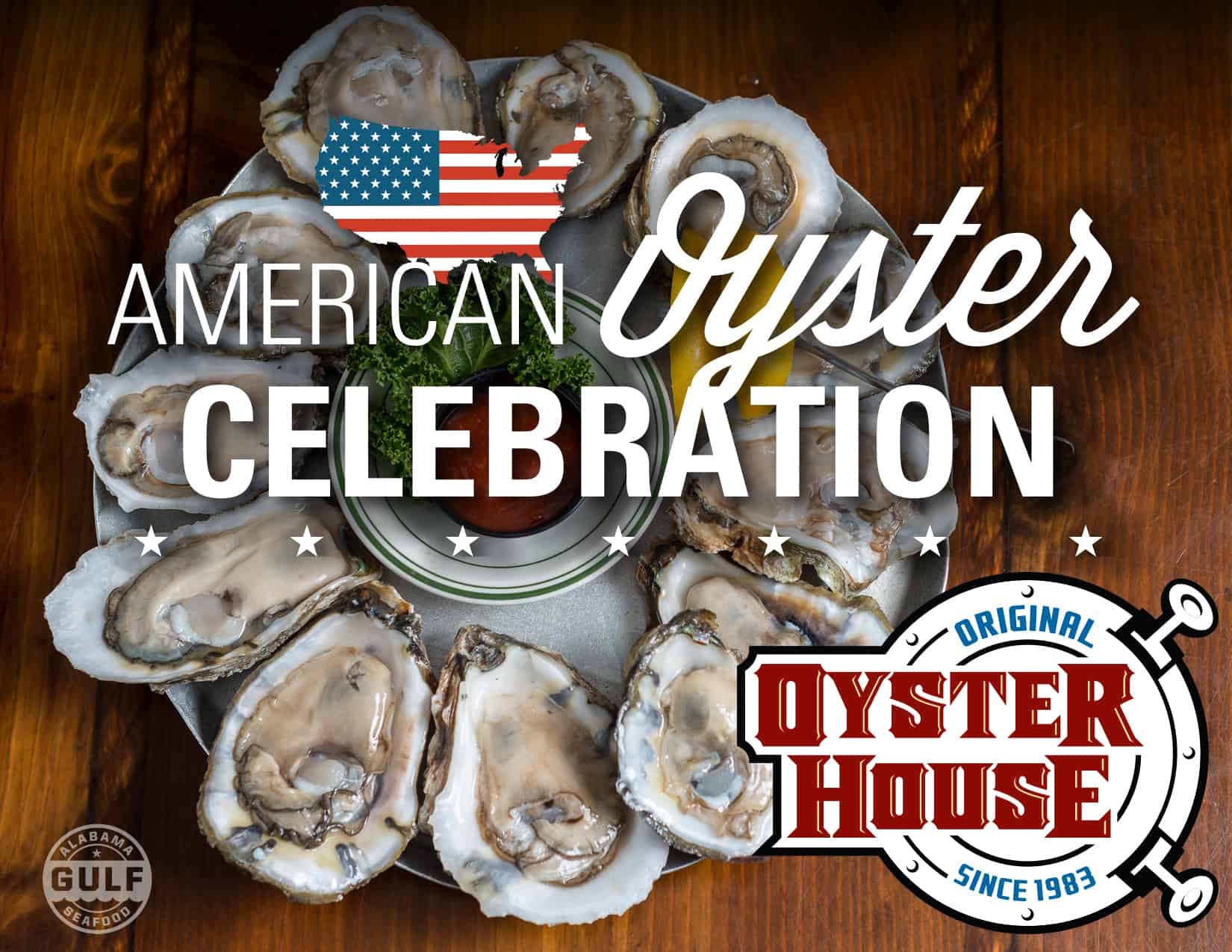