GULF SHORES / SPANISH FORT / BIRMINGHAM – The 2017 Alabama Retailer of the Year judges describe the Original Oyster House Restaurants and Trading Co. as “more than just a restaurant company.” The retail experts were impressed with Original Oyster House’s educational, environmental and philanthropic efforts since the company began 34 years ago.

Commitment to community earned the Original Oyster House Team the title of Alabama’s 2017 Gold Retailer of the Year Award in the Annual Sales $5 Million to $20 Million category. The Alabama Retail Association honored the team today at the Alabama Retail Day luncheon in Birmingham, which is held in cooperation with the University of Alabama at Birmingham’s Collat School of Business.

Beyond its restaurants and retail, the company “truly cares about our No. 1 resource, the Gulf of Mexico,” said Yolanda Johnson, vice chairman of the Coastal Chamber’s Small Business Council, which nominated Original Oyster House as Retailer of the Year. In 2016, the Original Oyster House became the first restaurant in the state to recycle oyster shells through the Alabama Coastal Foundation. The Eastern Shore Chamber of Commerce gave the company its 2013 Environmental Award. “As a member of the Alabama Coastal Foundation’s Green Council and the Oyster Shell Recycling Advisory Committee, we advocate environmental stewardship” said marketing director Cecilia Mace. The company produces energy through a wind turbine at the Causeway location, uses recycled vegetable oil from the restaurants as biodiesel fuel for company transportation and has solar water heaters at both locations.

While the business excels in its food, merchandise and environmental stewardship, co-founder David Dekle says it’s the people who make the difference. “We take care of our employees, and they take care of us,” he said. “It’s a two-way street.”

The Original Oyster House was one of 14 Retailers of the Year honored at today’s luncheon. This year’s winners came from a pool
of more than 90 nominees. The Alabama Retailer of the Year awards, started in 1999, honor retailers who have demonstrated growth, innovation and a commitment to their respective communities.

The Alabama Retail Association represents retailers, the largest private employer in the state of Alabama, before the Alabama Legislature and the U.S. Congress. Through sales of food, clothing, furniture, medicine and more, our 4,200 independent merchant and national company members touch almost every aspect of daily living. Since 1943, we’ve worked to promote what’s best for the retail industry in Alabama. Whether voicing the retail view when public policy is made, educating members about issues that impact them, negotiating rates for benefits and services or communicating the retail story, the Alabama Retail Association and its members are better together. 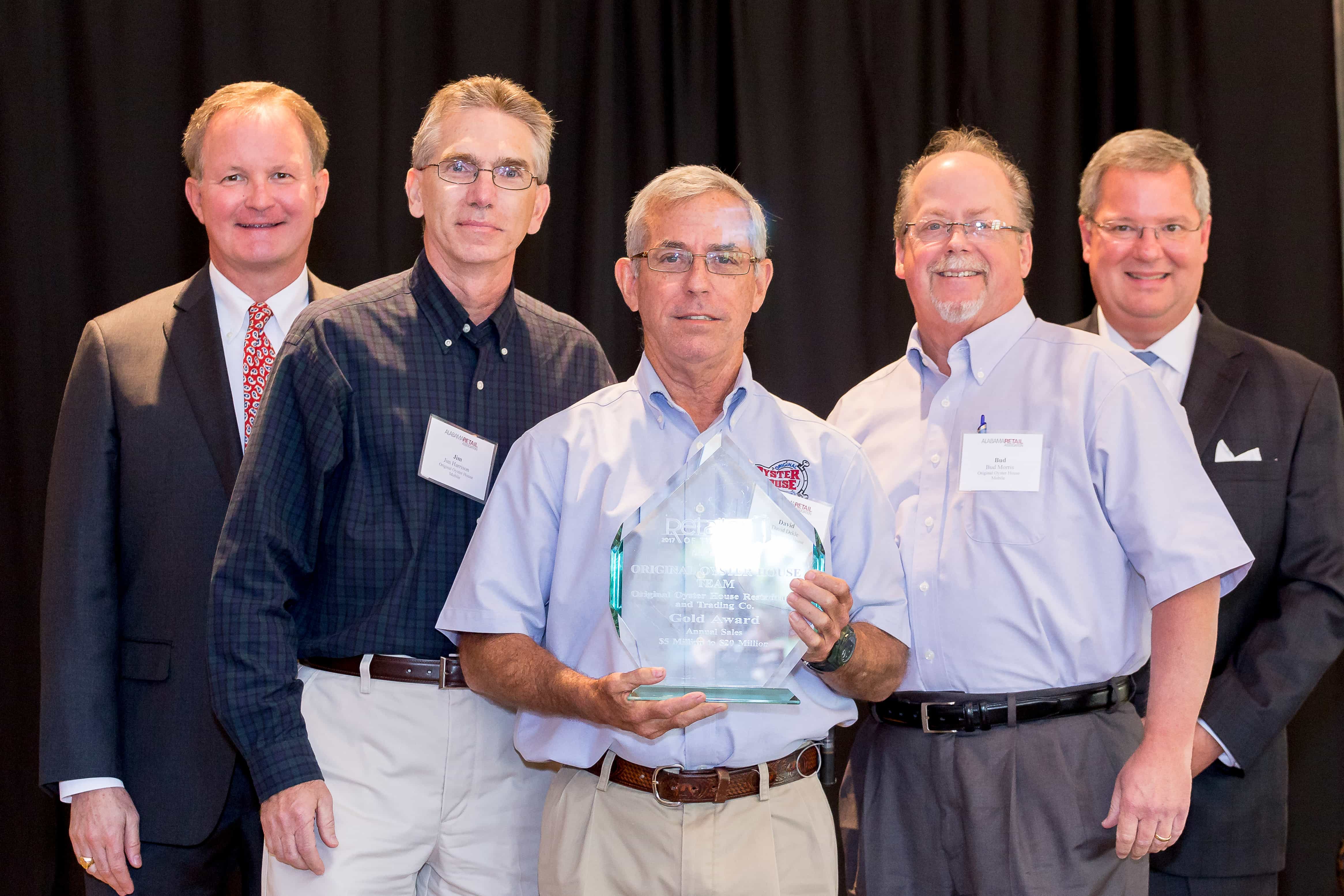 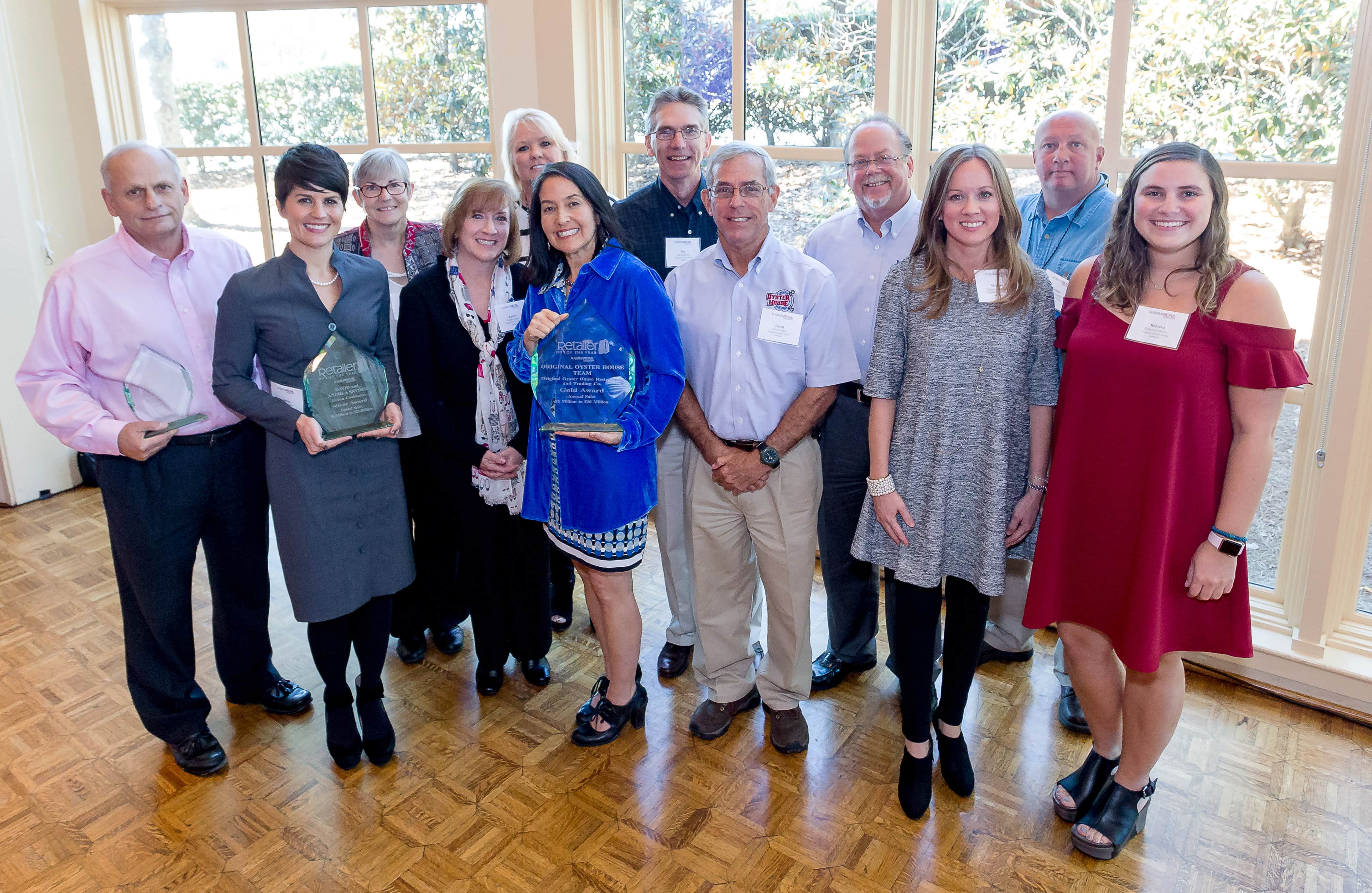 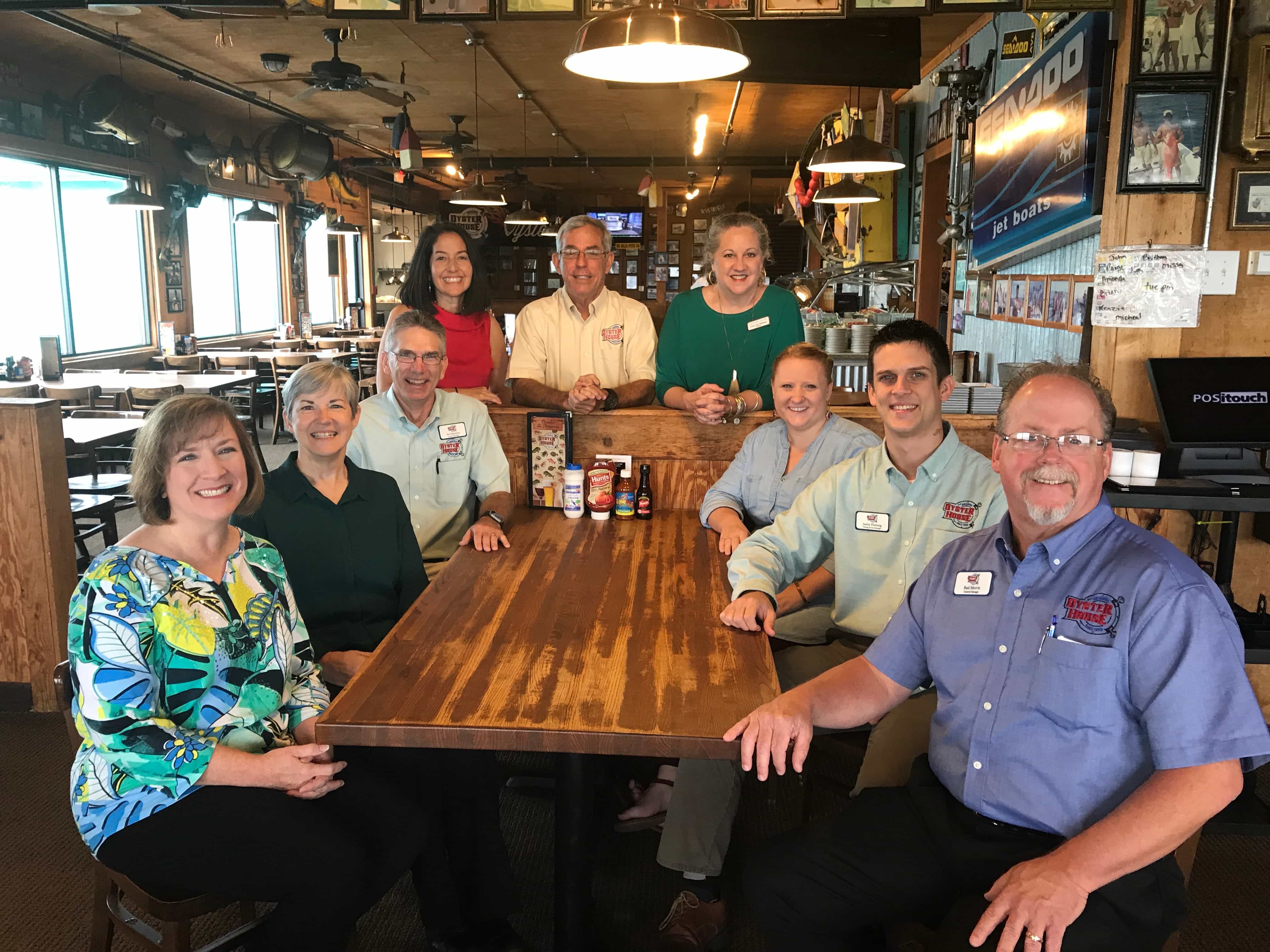