In early July, the Original Oyster House announced April Henderson and Laura Allen as the winners of the not2crabby selfie contest. Each winner was awarded dinner for two for the best not2crabby photos. This year, the two winning photos were creative posts of moms with their daughters celebrating crab.

David Dekle, seafood expert and co-founder of the Original Oyster House restaurants, enjoys National Crab day as it gives everyone an opportunity to recognize our local sources for crabmeat. “Our restaurants buy blue crab and other seafood products from local vendors in Bayou LaBatre, the seafood capital of Alabama,” stated Dekle.

“It’s a day to celebrate considering Alabama lands approximately 1.5 million pounds of blue crabs per year and processes approximately 5 million pounds a year in total which includes live crabs from Alabama, Florida, Mississippi and Louisiana. This is such a great way for folks to learn more about crab while getting creative in social media,” said Dekle.

According to the Alabama Seafood Marketing Commission, blue crabs are caught year-round from all five Gulf States, with peak harvest times in the warm summer and fall months. Blue crabs are named for their blue-tinted shells and claws. Male blue crabs have vibrantly blue claw tips, whereas females’ claws are red at their tips. A very sought-after type of crab, blue crab is abundant in the spring season and has a smooth, buttery taste.

The Original Oyster House has become the “must-go-to” place for great fresh Gulf seafood, service and Southern hospitality and for its panoramic waterfront sunsets. A top-spot for hand-shucked and fire-grilled oysters, the Original Oyster House has also become legendary for its homemade gumbo, cheesy grits with blackened shrimp, as well as handcrafted desserts including its famous Peanut Butter Pie. In 2016, the Original Oyster House became the first restaurant in the state of Alabama to recycle oyster shells through the Alabama Coastal Foundation. In July of 2019, an estimated 9 million oyster shells to date have been recovered from participating Gulf Coast restaurants. 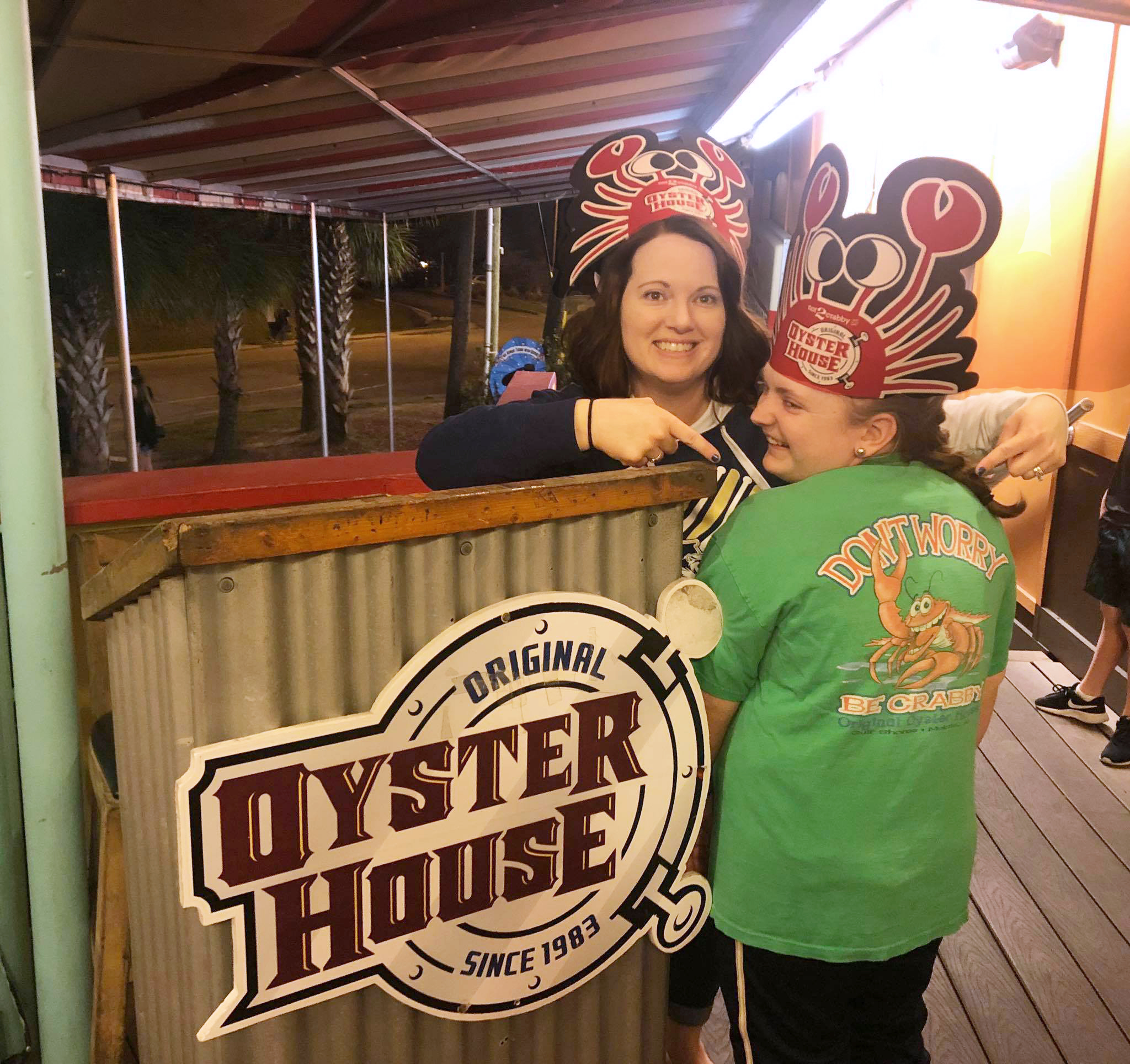 Longtime fans, April Henderson and her daughter spotlight a favorite tshirt from their collection of classics “Don’t Worry, Be Crabby” in a mother-daughter winning photo. 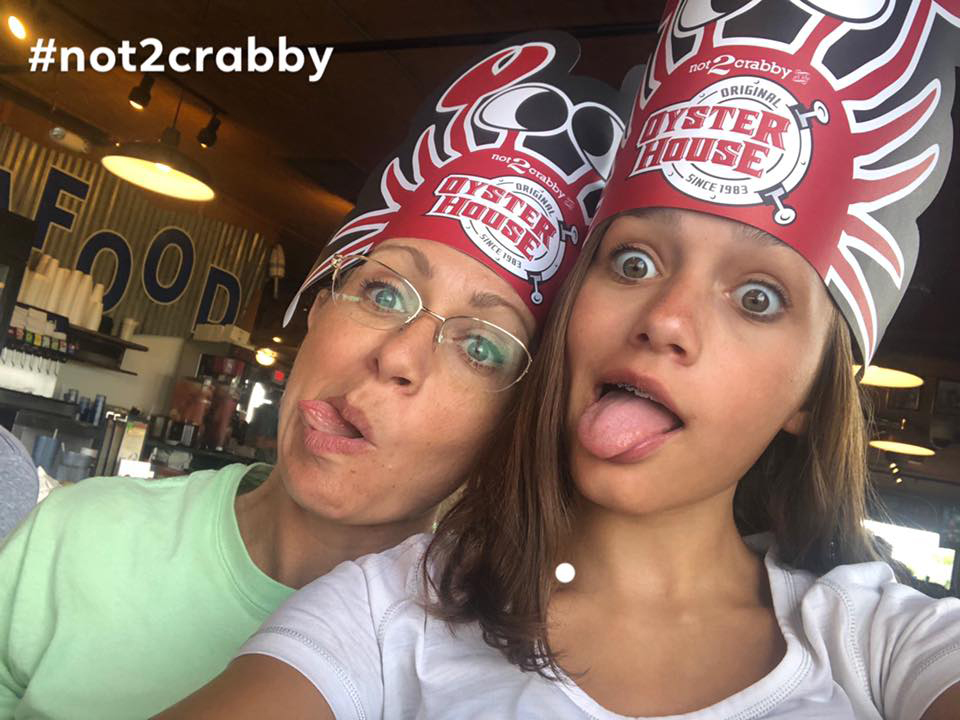 Winner Laura Allen and her daughter take a creative, crazy funny face approach in delighting viewers and displaying how not2crabby they are.