Oysters grow about 1 inch a year. They can be harvested when they are 3 inches across.

The oysters change their sex during their lives, starting as males and usually ending as females. The shape of oysters varies and depends mainly on how many crowd about them in the bed as they develop.

After spending the first part of its life floating freely through the ocean, a young oyster will cement itself to a rock or other hard surface, never to travel again. A female oyster can produce 100 million eggs during one breeding season. Some oysters produce a gooey substance which coats irritating sand or grit trapped within its shell. This substance hardens into a smooth ball… a pearl.

Opening oysters takes a little experience. If you don’t have an oyster knife, use one with a strong stainless steel blade. Knives not made specifically for the job may break, and metals other than stainless steel might leave the taste of metal on the oyster. Wear a heavy glove to protect your hand from cuts. After scrubbing under cold running water, hold the oyster firmly with one hand, rounded side down so less liquid is lost when opened. Insert the blade of the knife between the shells, near the hinge. Twist the blade to open the shells, then cut the muscle joining the shells together. Slip the blade underneath the oyster to detach it from the shell. Remove any pieces of shell stuck on the oyster.

Steaming them for a few seconds or heating them in a medium oven for about 30 seconds might make them a little easier to open (the heat softens the adductor muscle). Never soak oysters in water, because they can die if they open and their liquid drains out.

Shrimp is one of the most popular shellfish in the United States. This is not surprising because shrimp have a distinctive flavor, and the pink-white cooked meat is tender, delicate and delicious.

The shrimp is a ten-legged crustacean that has its skeleton on the outside. Shrimp from the warm waters of the Gulf and South Atlantic grow larger then cold water shrimp. The species of warm water shrimp most commonly found in the market are white, brown, and pink. They are interchangeable in any shrimp recipe.

Shrimp are usually sold by size or grade based on the number of shrimp per pound. (Example 31/35, 41/50, 110/130 etc…) Fresh shrimp are firm in texture and have a mild odor. Available in a variety of market forms, shrimp may be bought raw or cooked, peeled or unpeeled, and fresh or frozen. When bought frozen shrimp make sure the shrimp are frozen solid, have little or no odor, no brown spots and no signs of freezer burns, indicated by a very white, dry appearance around the edges.

Two pounds of raw headless, unpeeled shrimp, properly cooked, will yield one pound of cooked, peeled and deveined shrimp which is enough for six people. For maximum quality, cook fresh shrimp within a day or two of purchase. Cooked shrimp may be stored in the refrigerator for two to three days. Raw headless shrimp in the shell maintain quality during freezing longer than frozen, cooked shrimp and are best if frozen at the peak of freshness. Fresh shrimp can be frozen in a block of ice or glazed. Raw shrimp maintains quality during freezing at a temperature of 0 F. or below for approximately six months.

Thaw frozen shrimp by placing them in the refrigerator, allowing 18 to 24 hours for a one-pound package to thaw. For a quicker method of thawing, place them under cold running water. NEVER thaw shrimp at room temperature.

The cleaning method is the same for raw or cooked shrimp, but it is simpler to do when raw.

Shrimp may be prepared in hundreds of ways and served for almost any course in a menu. Shrimp are an excellent source of high quality protein, vitamins and minerals, and because they are low in calories and easy to digest, they can fit into many special diets.

Shrimp may be simmered before or after cleaning depending on personal preference. From experience it has been observed that people eat more boiled shrimp when the shrimp is peeled and deveined. They do not eat quite as many if they have to work at it. Although raw shrimp are easier to clean, cooking shrimp with the shell on gives the cooked shrimp a rich pink color and a more natural curve. Cooking time varies only slightly between peeled and unpeeled shrimp. The cleaned shrimp require a little closer attention to avoid overcooking. The amount of salt is the largest variation, in that shrimp simmered in the shell require 1/4 cup salt while peeled and deveined shrimp require only 2 tablespoons. 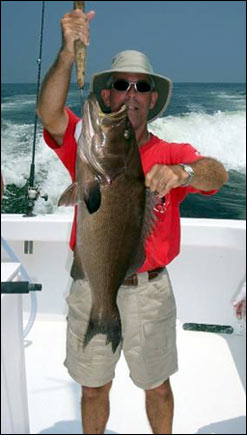