The Mobile Film Office congratulated the Original Oyster House on Christmas Eve for winning the EVA award for the holiday video “The Christmas Song” the OOH version, sung by Dre Lawson, dining room manager of the Causeway Original Oyster House. The classic song’s lyrics were rewritten by Cecilia Mace, marketing director of the Original Oyster House Restaurants. The video, also produced by Mace, summarized the 2021 year in review. It was announced over social media with the awards presentation held on Monday, January 16, 2023 at the restaurant.

The Mobile Film Office, a department of the City of Mobile, is a liaison between the film industry, the government and the community. It facilitates on-location production in the Mobile area by educating, informing, setting standards of professionalism, and serving as a clearinghouse for location production information. For more information please visit .

The Original Oyster House (OOH) has two locations, Mobile: 3733 Battleship Parkway, on the Causeway and Gulf Shores: 701 Gulf Shores Parkway on the Original Oyster House Boardwalk. Both locations offer spectacular waterfront views and have been celebrated as the area’s finest family restaurants for the past 40 years. For more information, please visit www.originaloysterhouse.com. 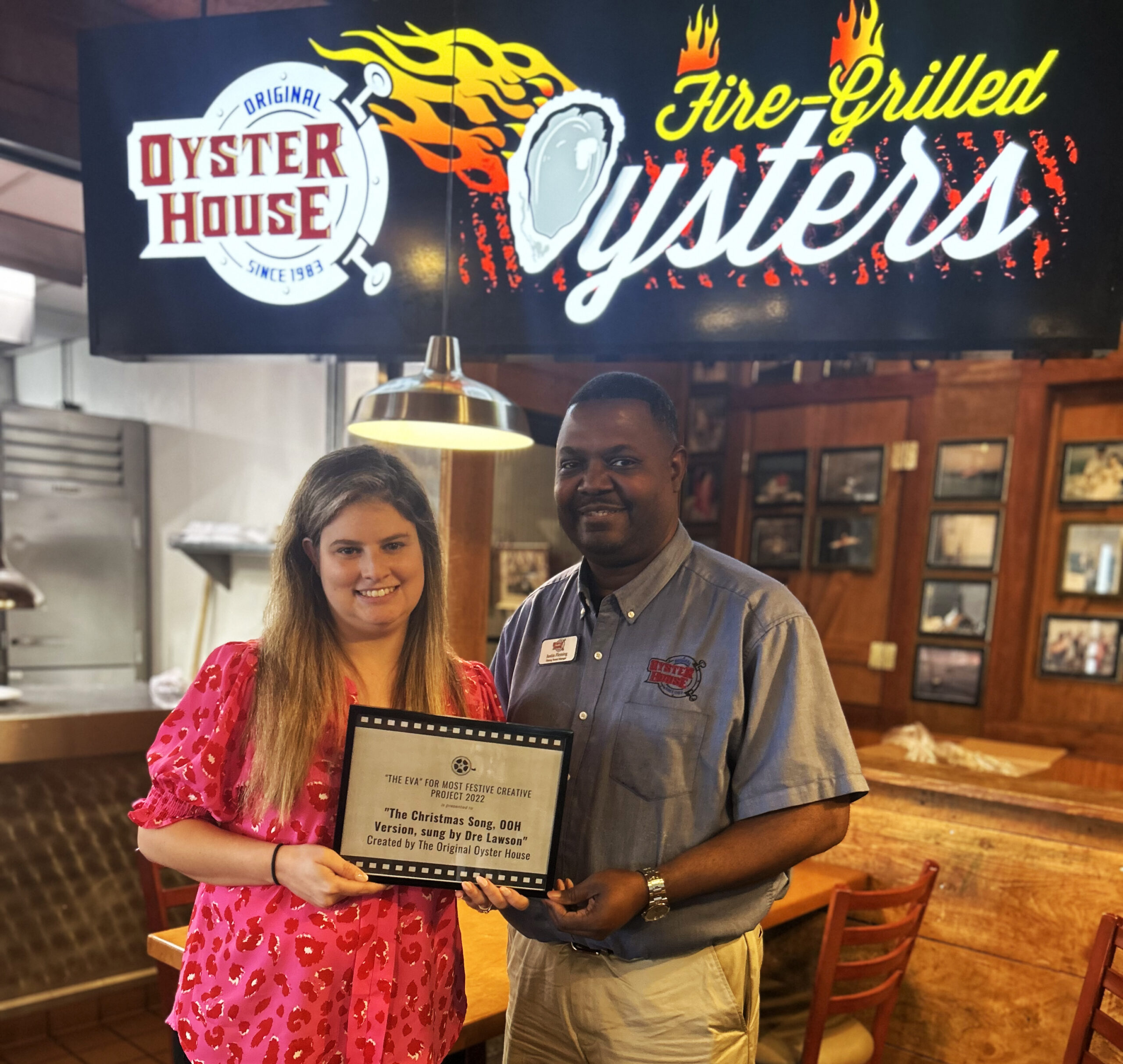